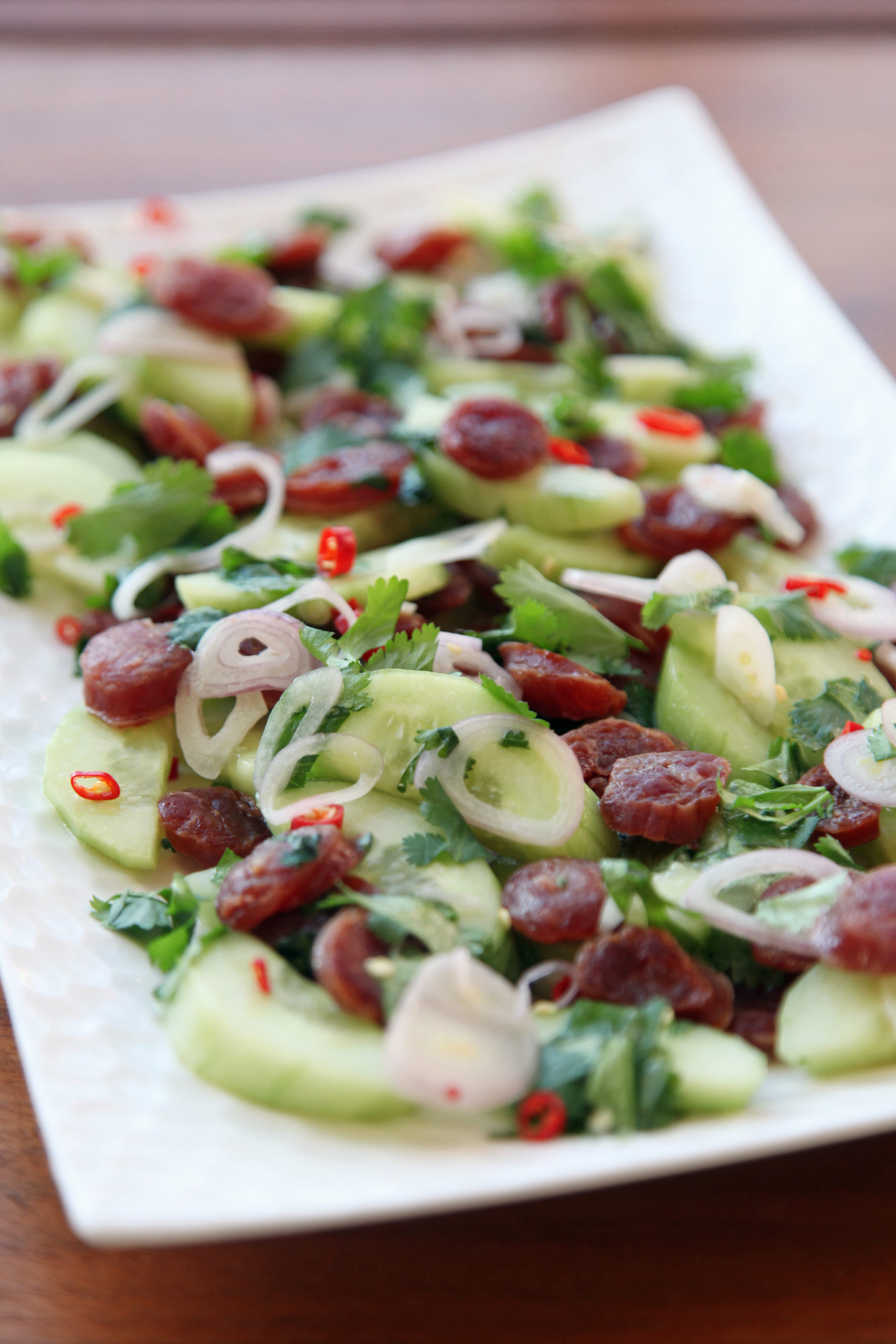 If you’ve yet to try Chinese sausage (also known as lap Cheong, lap Chong, or lap xuong), you’re in for a real treat. Sort of similar in flavour to the king of bao fillings — char sui — but saltier, these dried pork sausages add a punch of flavor to fried rice, taro cake, lo mai gai (lotus leaf rice), and other delightful Chinese dishes. 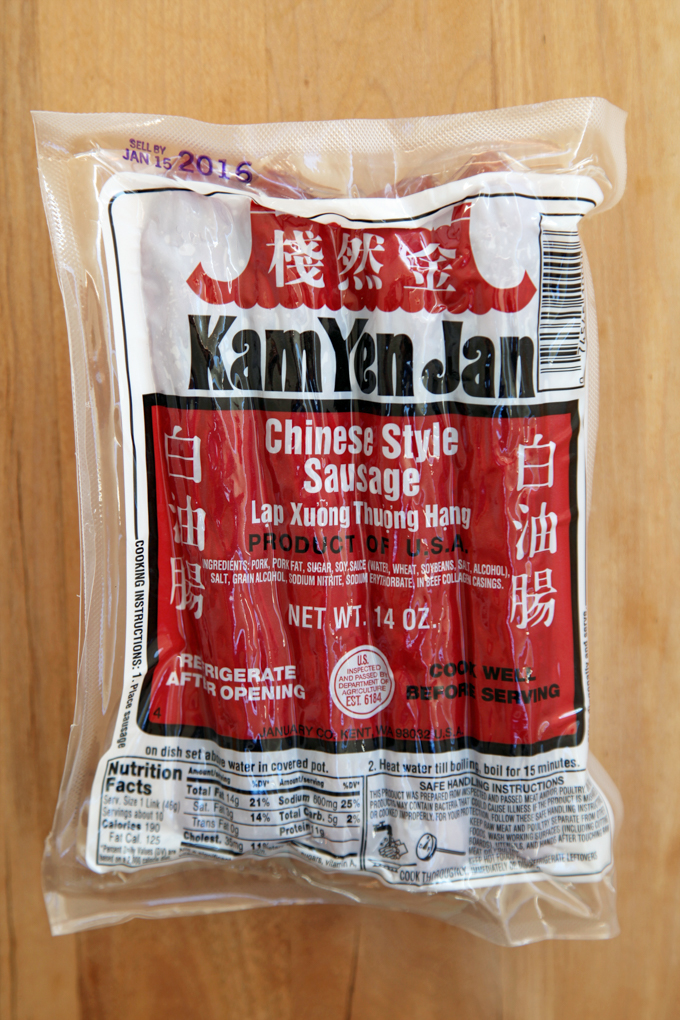 While by no means a health food, Chinese sausage is one of my favorite things to pick up at an Asian supermarket, as a little goes a long way. (Everything in moderation, right?) My boyfriend Andrew will sometimes add a couple links to a pot of steamed rice; once the rice is cooked, he puts a couple links on top, closes the lid, and lets them steam for about 10 minutes from the mild heat of the rice cooker’s “keep warm” setting. They’re also great sliced, crisped up in a skillet, and served with sautéed vegetables and a poached or fried egg, instead of bacon. But this unexpected Thai cucumber salad has to be my favorite way of all to eat lap cheong. OK, aside from taro cake. 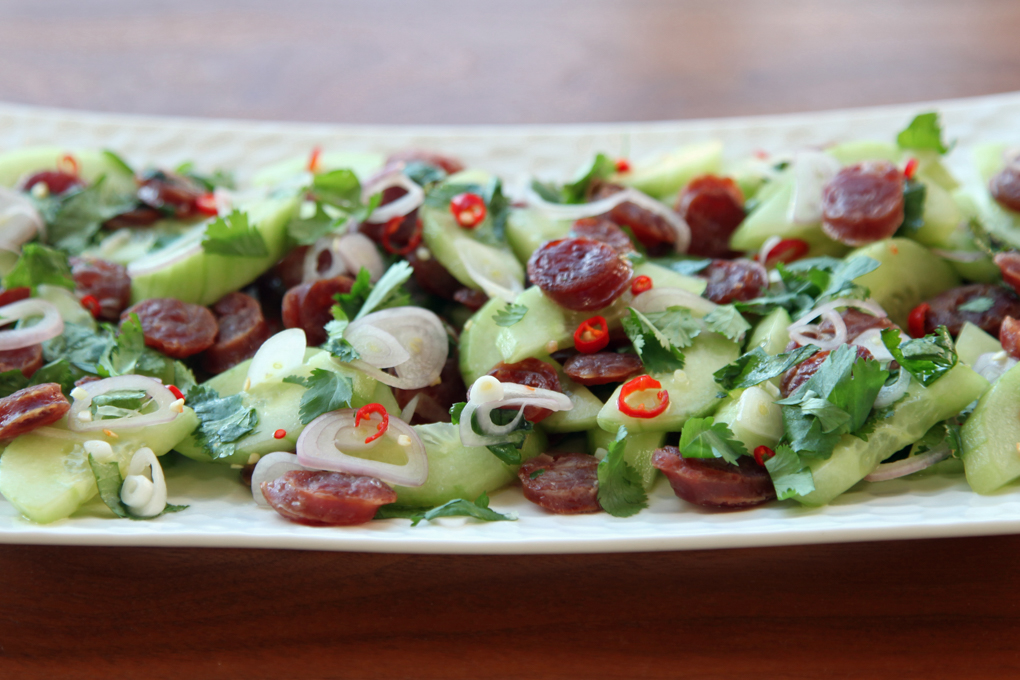 Diverse in flavour, temperature, and texture, it typifies the balance between salty, sour, sweet, and spicy flavours that makes good Thai food so irresistible. If you’re not familiar with larb and other meat-centric Thai salads, it might seem a bit strange to categorize this warm, meaty dish as one, but that won’t stop you from loving it. It’s also an ideal intro to Thai cookery, as it’s very easy to prepare. If you’d like to try your hand at other Thai dishes, look no further than Leela Punyaratabandhu’s blog She Simmers — the source of this recipe.